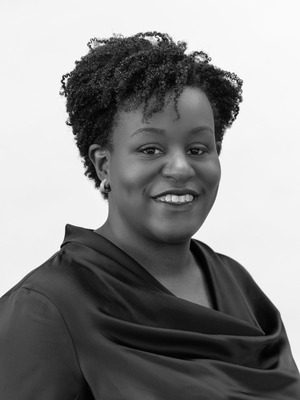 Danielle Atkinson is the Founding Director of Mothering Justice and Mothering Justice Action Fund, two national organizations working to improve the lives of families by equipping the next generation of mother activists.

Atkinson is a nationally recognized speaker with extensive experience as a church-based, electoral, and community organizer. She has worked with organizations such as America Votes, State Voices, Population Connection, and The Association of Community Organizations for Reform Now. In 2012, Atkinson founded Mothering Justice, a leadership development and advocacy organization. To date, Mothering Justice has trained more than 1000 women, reached more than 500,000 mothers in voter engagement efforts, led Mama Conversations around the country, and drafted the Mamas' Agenda, a policy priority plan addressing financial stability issues of mothers in Michigan. Mothering Justice has been a part of winning campaigns to strengthen breastfeeding rights, licensure for Michigan Midwives, protecting federal safety net programs, and earned sick time in Michigan. Atkinson also helped lead a successful ballot initiative to raise the minimum wage in both Florida and Michigan and establish a paid leave law in Michigan.

Atkinson serves on the board of directors of the Ballot Initiative Strategy Center, Family Values at Work, Hope Starts Here, the Ghana Lacrosse Association and as the board chair for 9to5, in addition to her nonprofit board position. In 2020, Governor Gretchen Whitmer appointed Atkinson to the Michigan Women's Commission.

In November 2022, Atkinson was elected statewide to the Board of Governors of Wayne State University. Atkinson holds two bachelor's degrees in both Political Science and Sociology from Pfeiffer University. She lives in Royal Oak with her husband and their six children.