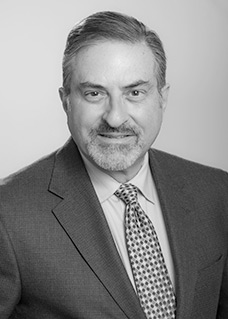 Michael Joseph Busuito is a lifelong Detroit area resident. Born in Detroit, he is a second generation descendent of Sicilian Catholic immigrants and a product of the public education system in Michigan. He received his B.S. degree in 1976, from the University of Michigan, and his M.D. from the Wayne State University School of Medicine in 1981. Following medical school, he completed a five-year residency in General Surgery and a two year residency in Plastic Surgery. He was chosen to be the Chief Administrative Resident in both of these training programs at the Wayne State University/Detroit Medical Center Affiliated Program, and subsequently earned his board certification from both the American Board of Surgery and the American Board of Plastic Surgery.

Dr. Busuito has dedicated his life to serving his profession and training future physicians. Since beginning his practice, he has continually been involved in research as well as teaching medical students and surgery residents. He is proud of his affiliation with Wayne State University, and currently serves as Clinical Associate Professor of Surgery, a voluntary position, at the Wayne State University School of Medicine. In addition to his busy practice of plastic and reconstructive surgery, Dr. Busuito frequently lectures in his specialty and is internationally published.

Dr. Busuito has held and currently holds seats on several boards. His board experience includes a bank board and community and charitable foundations, among others. He has been very active in service in philanthropy for causes he supports, including the Wayne State School of Medicine.

Dr. Busuito currently holds several leadership positions in the hospitals where he practices. His practice is split between both disciplines of plastic surgery, cosmetic surgery and reconstructive surgery. Dr. Busuito has been the recipient of many honors and awards for his surgical accomplishments as well as his teaching endeavors, his community service and his charitable work. He is the father of six children, all of whom participate in community service.

Dr. Busuito has performed thousands of charitable surgical procedures on children around the world through Operation KINDNESS (Kids In Need Deserve Necessary Essential Surgical Services), a charitable surgical organization of which he is a co-founder. Operation KINDNESS provides surgical services to infants and children who live in areas of the world where the expertise and/or technology is not available to treat the terrible deformities with which they are born. Most of these congenital defects involve cleft lip and palate deformities. Dr. Busuito and his team have been performing these surgeries for more than 25 years and they donate their time, services and supplies free of charge to those in need.