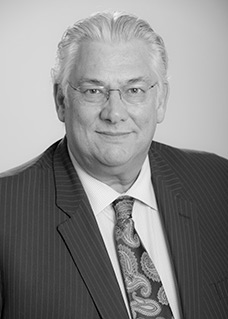 Mark Gaffney is recently retired from Teamsters Local Union #214, the largest Teamsters Local in Michigan with statewide jurisdiction for the public sector. He represented and negotiated on behalf of municipal and education workers in all walks of life and puts into practice the principles of positive labor management relations whenever possible.

Previously, Mark Gaffney had been elected three times in twelve years as the President of the Michigan AFL-CIO, an association of forty national labor unions representing over 700,000 active and retired union members in Michigan. In this role, Gaffney became one of the leading political, legislative and labor figures in the state. He led organized labor's role in state and national elections, worked extensively in the State Capitol and coordinated many of the activities in over 1400 local unions.

Mark Gaffney has extensive expertise in workforce issues and in labor relations that developed over a thirty-year career. He currently serves as a board member the Southeast Michigan Labor and Employment Relations Association, a joint labor management group for practitioners. He directed the Economic Alliance of Michigan for twelve years as a co-chair while this business labor coalition considered and set legislative policy. Gaffney also became the Chair of the Board of Human Resources Development, Inc., one of Michigan's largest workforce development agencies. During that time he served on the Executive Committee of the Michigan Council for Labor and Economic Growth, the state's statutory workforce investment board. Gaffney currently is appointed by Mayor Duggan to the Detroit Workforce Board.

Mark Gaffney has extensive healthcare industry experience, having negotiated healthcare coverage for workers for 30 years. During that time he served 12 years on the Board of Directors of Blue Cross-Blue Shield of Michigan and 12 years on the Michigan Employees Benefit System, a union owned healthcare insurance company. He remains serving on the Board of Directors of the Blue Cross-Blue Shield of Michigan subsidiary Lifesecure, a long term care insurance company.

In November 2016 Mark Gaffney was elected statewide to the Board of Governors of Wayne State University. This board sets policy for the university, determines tuition levels, reviews and authorizes the budget and sets academic goals. Also, 2016 was the fifth year of teaching for Gaffney at Wayne State's Masters of Arts in Employment and Labor Relations program as an adjunct professor.

Recently, Mark Gaffney concluded twelve years as a member of the Board of Directors of the Federal Reserve Bank of Chicago, serving at both the Regional Bank in Chicago and at the Branch Bank in Detroit. His tenure included the years of unrestrained economic growth as well as the difficult recession and the subsequent fledging recovery.

A former member of the National Maritime Union (NMU), Seafarers International Union (SIU), and the Steelworkers (USW), Gaffney began his career by working on Great Lake ships. He is a lifelong resident of Michigan and is married to Trisha Stein, with three children. Mark Gaffney holds a Bachelors Degree in Philosophy and a Masters Degree in Labor Relations.