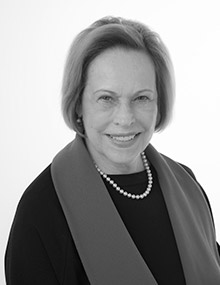 Marilyn was born and raised in Detroit, attended the Detroit Public Schools, and graduated with honors with a juris doctorate from Wayne Law. She earned a master's degree from Middlebury College in Vermont and a bachelor of arts from Eastern Michigan University in Ypsilanti. Before attending law school, she taught French in the Grosse Pointe Public Schools, Albion College and Eastern Michigan University.

The Michigan Education Association recognized her with its Distinguished Service Award. In 2014, the Negligence Law Section of the State Bar awarded her its Earl J. Cline Award for Excellence. In 2013, the Detroit and Michigan Chapter of the National Lawyers Guild honored her for a "life dedicated to justice and equality." In 2012, the American Civil Liberties Union of Michigan awarded her its lifetime achievement award, and Michigan Lawyers Weekly named her "Woman of the Year." She was inducted into the Michigan Women's Hall of Fame in 2011.

Marilyn has served on numerous professional and community boards including the Michigan Leader Dogs for the Blind, Channel 56 Public Television, the National Consortium for Racial and Ethnic Fairness in the Courts, the Michigan State Bar Foundation, and the Executive Committee of the Wayne Law School Board of Visitors. She has been President of the Women Lawyers Association of Michigan and the Women's Bar Association.

Marilyn has endowed a scholarship for law students at Wayne who are dedicated to a career in public service and in access to justice.

She lives in Bloomfield Hills.