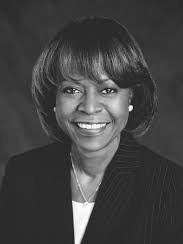 Shirley Stancato is a seasoned executive, a prominent civic leader, expert on race relations and social justice advocate. For almost 20 years, Stancato was president and chief executive officer of New Detroit Inc., metropolitan Detroit's leadership coalition devoted solely to race relations serving as an essential forum for discussion and advocacy for racial equity.  New Detroit's board is comprised of leaders from business, education, health and community organizations, civil rights and advocacy groups, labor, media and faith communities.  In this role she implemented a variety of ambitious initiatives designed to further its mission to identify and eliminate racial disparities in southeast Michigan. Stancato is an architect of civic engagement opportunities that bridge economic, geographical and racial divides.

Prior to joining New Detroit, Stancato enjoyed a long career at what is now Chase Bank, where she became Senior Vice President.  As a banking executive, Stancato led retail banking initiatives including consumer and mortgage lending as well as community partnerships throughout southeast Michigan. In addition, as leader of the bank's Foundation, she was responsible for its corporate giving program providing support for community initiatives throughout its footprint in Michigan.

Stancato serves on the boards of Fifth Third Bank of Eastern Michigan, Teach for America Detroit, The Detroit Symphony Orchestra and the Detroit Zoological Commission, among others.

Stancato received both a Bachelor of Arts in Sociology and a Master of Arts in Industrial Relations from Wayne State University. In 2017, she received an honorary Doctor of Laws from the University of Michigan.

Stancato's recent honors include the Champion of Justice Award from the Michigan Delegation of the Congressional Black Caucus, and City Year Detroit's Idealist in Action Award.  Additionally, she has been recognized as a Woman of Achievement by the Anti-Defamation League, Regional Power Broker by Crain's Detroit Business and Michiganian of the Year by The Detroit News.